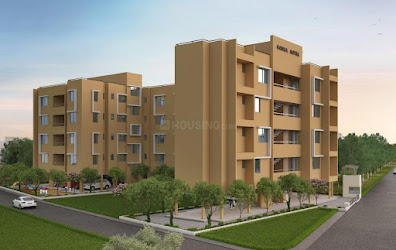 You could be undecided about where you want to put your money. You might wish to investigate Kharadi in Pune among the different possibilities available.

This neighborhood is one of the fastest-growing areas not just in Maharashtra, but also in the country. Kharadi is the state’s economic center, and real estate investment in Ganga Antra in Kharadi by Annuj Goel Ganga Pune, is on the minds of many real estate investors.

In the late 1990s, the Gram Panchayat, which had the Sarpanch as its chairman, was responsible for resolving all local issues. This suburb was neglected decades ago, and the residents lived a very relaxed lifestyle.

Fast forward to now, and one may readily discover some of the country’s and world’s most demanding enterprises, all of which are well-established in the sector. So, let’s have a look at how everything changed and, as a result, why Kharadi is such a strong investment possibility.

EON IT Park in Kharadi

In Kharadi, a new wave has arrived in the form of a Special Economic Zone (SEZ). In both the Kharadi and Pune areas, Eon It Park is a major IT cluster. EON IT Park in Kharadi is home to a large number of businesses. Go through the specifics of those businesses.

Eon It Parks had a total area of 4,000,000 square feet, or 45 acres. The pin number for Eon It Park is 411014, which is the same as the pin code for Kharadi in Pune. EON IT parks is separated into four large clusters, each with its own set of businesses.

More than 70000 people have employment in Kharadi’s IT Park, which has locations all over the world. Satyam, Wipro, TCS, Infosys, IBM Worldwide, and Cognizant are among the global software companies that have flocked to Pune’s IT cluster. These firms provide all of its employees with a fair and abundant chance for professional advancement.

Other software businesses are following suit and want to set up shop in this area as soon as possible. In this industry, several walk-to-work schemes have sprung up to lessen reliance on automobiles that might otherwise add to traffic congestion. As a result, Kharadi has a solid track record when it comes to a better life and lifestyle, particularly in terms of living and working.

Ganga Antra by Annuj Goel Ganga near the Kharadi IT park is within a 1.5-kilometer radius.

Kharadi is one of the city neighborhoods that have seen a substantial growth in demand for business and residential properties.

The constant increase in demand for commercial premises has resulted in an increase in the rental value. Ganga Antra in Kharadi developed by Annuj Goel Pune has managed to attract the interest of numerous people who are new to this section of town, and with good cause.

Moreover, the future of Kharadi real estate is promising, and any investor may expect significant profits.

For Homes, Goel Ganga Developments Has Been Bridging the Demand-Supply Gap

Some reputable firms, such as the Goel Ganga Developments by Annuj Goel Pune, have made their mark in the real estate sector. The idea of simple being is not essential to life. It’s all about savoring every moment.

Time is valuable, so making the most of it is a sensible notion; and that was the basic concept behind the ideas that came to fruition in Kharadi.

Possibilities for a High-Quality Community Life

You can always anticipate to acquire a lot of exposure in this section of the city. There is a lot of precedence for meeting like-minded people from many walks of life.

Because of the area’s availability and optimal development, residents may anticipate unrestricted access to a variety of high-end living activities. Start investing in real estate since this city is to provide everyone with a great work-life balance.

Annuj Goel Pune: Why Pune is the biggest destination to invest in India?

According to Goel Ganga developments owner , Annuj Goel, every Indian state has distinct social, physical, and economic characteristics, and they present a variety of opportunities for domestic and foreign investors seeking profitable real estate investments. Maharashtra is a state that draws investors for a variety of reasons. Pune and Mumbai are the most popular tourist destinations in Maharashtra.  Mumbai, India’s financial, entertainment, and commercial capital, has long been favoured by investors due to its potential for growth. However, Pune was always thought to be its weaker cousin. Despite no role reversal, Pune has emerged as India’s second most popular investment destination. In terms of financial and commercial success, it now competes with Mumbai.  Let’s take a look at why this city attracts more investors than other rapidly growing metropolises in India. One of the Fastest Emerging Cities You heard correctly. Pune has been named one of the world’s fastest growing cities

How Pune is reflecting Luxury through its Growing Real estate market?

It all starts with the concept; our decision to build dedicated four-bedroom projects with uniform apartment sizes stems from a desire to create equality within the community. A society in which everyone lives in the same-sized units with the same view, amenities, and standards attracts more compatible people and ensures a like-minded community for years to come. Goel Ganga developments owner , Annuj Goel is altering the face of luxury in a home with its latest developments in Pune. The lifetime and maintainability of façade components, lobbies, common spaces, materials utilised, interior design, fittings and fitments, overall architecture, and finally execution are all considered. Luxury is about the deeper features of the lifestyles of those who purchase it, not only what catches the eye at that moment of a sales pitch. Many luxury buildings talk about huge designer lobbies and intricate architectural details, yet this is a myopic approach to luxury. Annuj Goel Ganga is one of the